2017 is Our Chance to Defend the Unborn! 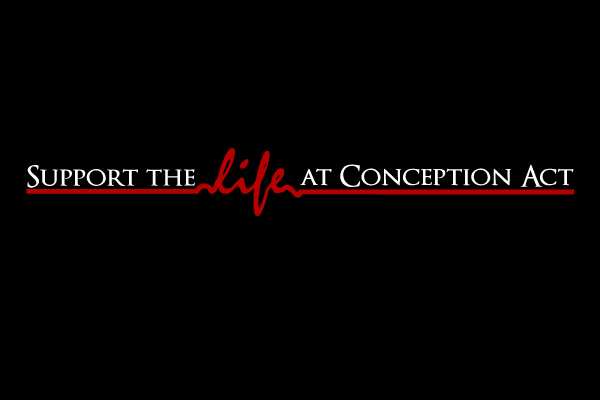 After years of having pro-life legislation blocked by radical pro-abort legislators like Mike Gronstal, Mary Jo Wilhelm, Steve Sodders and others — we have a real chance to save lives in 2017.

If you have seen the news in Iowa lately, you’ll know that Planned Parenthood and their allies in the legislature are doing their best to insure that the blood money continues to flow into their coffers.

And above all, they want to make sure that Life-at-Conception legislation does not get off the ground.

While IPLA works to defund Planned Parenthood, our overarching goal is to END abortion here in Iowa — a goal I know you share.

That’s why I hope you’ll sign the petition that we’ve prepared for you at the end of this email, demonstrating your support for Life-at-Conception legislation!

Life-at-Conception legislation is very simple: by declaring life to begin at conception, we legislatively attach the same protections to that life that you and I enjoy.

Thus if the baby is killed by an abortionist, the state would prosecute the offender in the same way they would prosecute someone who murders a bank teller in the midst of an armed robbery.

It doesn’t matter if the baby is 10 weeks, 20 weeks, 30 weeks or any other arbitrary number that legislators decide to be “politically feasible.”

We can end abortion in this state, and 2017 is the perfect time to do it!

But it’s not going to happen without a massive amount of grassroots pressure from pro-lifers like you and me.

That’s why I hope you’ll take a moment to sign our petition in support of Life-at-Conception legislation right away!

Already, Planned Parenthood and their allies in the legislature — like Rep. Mary Mascher — are digging in their heels and promising to do all they can to shut us down.

But of course, that’s no surprise, as the millions of dollars of money that Planned Parenthood receives here in Iowa each year often finds itself in the campaign coffers of the legislators who back their bloody trade.

That’s why your signed petition is so important.

Pro-life voters need to make it clear to the legislature that we expect real change now that the GOP has a lock on the state legislature for the first time since the 1990’s!

The time for talk is over.

The time for blaming Mike Gronstal and Senate Democrats is over.

It’s time that they act — to save the thousands of Iowa babies who are put to death here each year!

We can do this, this year, if we all make our voices heard.

So please sign the petition, and then forward this to all of your friends.

Please also consider a generous contribution to enable Iowa Pro-Life Action to get the word out to as many pro-lifers as possible!

Using direct mail, email, social media — not to mention radio and TV ads if we can raise the resources — we hope to generate a firestorm of pro-life support behind this legislation!

You and I have fought for a long time to get to a place where we can pass major legislation to stop abortion here in Iowa.

This means that you and I have a real chance at passing pro-life legislation in 2017. More, we can actually pass substantive legislation like the Life-at-Conception Act to END abortion!

Please help us do that, by signing your petition below!

And please consider a generous contribution of any amount, to help us mobilize as many pro-life Iowans as possible!