Pro-Life Legislation on the Move in Iowa! 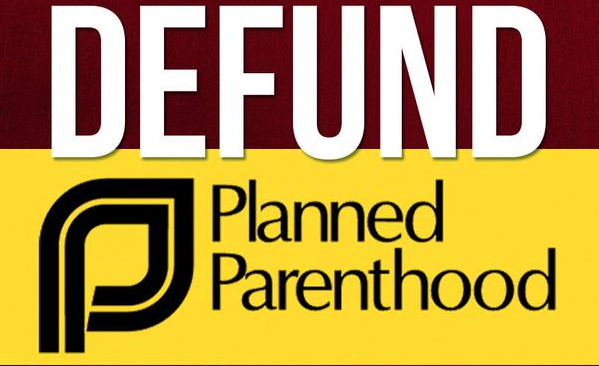 Last week was a very busy week in Des Moines as Senate File 2, the bill to defund Planned Parenthood, moved through the full Senate Judiciary Committee and the full Senate!

The bill now goes over to the House for consideration.

As a reminder, SF2 reallocates monies previously given to Planned Parenthood and instead gives them to entities that do not and can not perform abortions.

If you didn’t see the news last week, you may have missed the hordes of pro-abort activists who descended onto the Capitol in their attempts to prevent this bill from passing.

But thanks to pro-life voters like you and me all over the state, all of their clamoring and chanting amounts to little action in Des Moines.

That’s because their heroes like former Majority Leader Mike Gronstal and Judiciary Chairman Steve Sodders were removed from office last fall — by IPLA members and other pro-life voters who were fed up with their support of abortion.

That’s why we’re in this position right now, with the bill having passed the Senate and now going over to the House for their consideration.

Please do me a favor and sign your petition in support of SF2 — the defunding of Planned Parenthood here in Iowa!

Of course, defunding Planned Parenthood is just the first step in our fight for life here in Iowa, with passage of Life-at-Conception legislation being the ultimate goal.

But ending taxpayer funded abortion is a great goal that we can make happen, as long as you and I can maintain the pressure!

But as big as the Planned Parenthood rallies were in trying to stop SF2 in committee last week, I expect even larger opposition in the coming days as the House takes this up.

You see, Planned Parenthood is willing to do almost anything to maintain their control of MILLIONS of dollars of taxpayer money here in Iowa.

Every year they receive between 3 and 5 million dollars from Iowa taxpayers.

With that they fund abortion clinics all across the state, resulting in the death of thousands of Iowa babies every year.

More, they use these taxpayer dollars to run their extensive political machine too — working to ensure that their candidates return every year to Des Moines to support them.

That’s why they are fighting this bill tooth and nail; if they lose this fight they’ll lose political clout which they know could lead to the eventual passage of Life-at-Conception legislation!

So please, help us get this done in 2017 by signing your petition in support of SF2 right now!

2017 is our chance to make major advancements in the fight to save the unborn here in Iowa.

With massive majorities in the House and Senate, there’s never been a better time to defund Planned Parenthood and pass Life-at-Conception legislation.

But nothing this big ever takes place in Des Moines without being pushed. That’s why your continued grassroots support is so crucial.

We have to maintain the pressure in Des Moines — making sure our legislators know what we expect of them.

Your signed petition is a part of that process.

In addition, I hope you’ll consider a donation to Iowa Pro-Life Action to help us get the word out to more Iowans about this fight!

We can reach out to a lot of Iowans through our email and mail program — if we have the resources that we need.

Either way, sign your petition in support of SF2 right away!

P.S. Propelled by a mountain of calls and emails from pro-lifers all over Iowa, Senate File 2 passed the full Senate last week!

The fight now heads over to the House. But Planned Parenthood is fighting tooth and nail for the millions of dollars they are used to receiving from Iowa taxpayers!

So please take a moment to sign our petition in support of defunding Planned Parenthood right now!

When you’re done, please consider a contribution to Iowa Pro-Life Action to help us get the word out about and to SF2 mobilize as many pro-lifers as possible!